The members of our board all have different backgrounds, and are very enthusiastic members of our shed, all working to make the shed a better place for all members. To get to know our board, have a look at their profiles below: 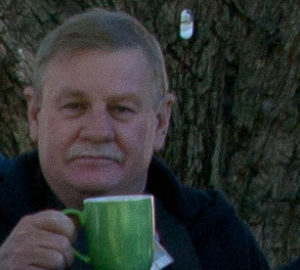 I was apprenticed as a Fitter Turner in 1968 at SRDB Gear Industries at Stanmore.

I had a number of positions when I finished my apprenticeship:

I opened my own contracting business when I returned to Sydney working mostly in the food and Pharmeutical Industry. Colgate, Richardson Vicks, Kings School and  Pendlebury Engineering to name a few.

I took a position as plant engineer at Read Industries and had the job of moving the production plant from Parramatta to a new site at Castle Hill setting up the Farex baby food relocation from England to the new site in 1982. In 1985 I was promoted to the CEO and work closely developing the business for 10 years.

After 10 years I took the job of plant shift engineer at Wheth Pharmeucals until they closed the Australian business and moved overseas.

My last years where spent as a maintenance officer with CFC foods.

My interests are water sports, motorcycles, boating and grandchildren.

The reason I joined the Men’s Shed was because of the camaraderie and friendship I witnessed when I visited the shed when it was just starting up. I also wanted to be involved in a community group where I could make a contribution to men’s health. 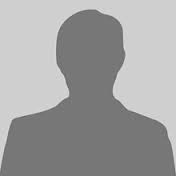 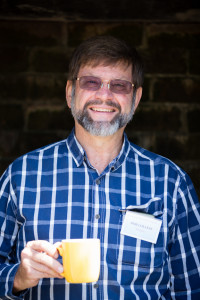 Rob retired in early January 2012 following almost 35 years in private industry and state government employment. Rob was a registered Land, engineering and hydrographic surveyor with ten years experience in private industry. He moved into state government in his capacity as a surveyor but quickly realised new talents and moved into middle management and later into senior management roles in Geospatial and Information related technologies (computerised, automated intelligent mapping and related information systems). Rob co-established the Emergency Information Coordination Unit (EICU) in 2003 to provide the NSW State Govt. with a coordinated single source of emergency related information based around intelligent mapping.

Rob has qualifications in:

“When I retired I was looking for something that I could devote my skills and energy into. I had considered other organisations, but none offered a start-up opportunity. I saw an advertisement in the local paper about the establishment of a new Men’s shed in Parramatta …… I met with a couple of the foundation volunteers and was immediately hooked.

It offered me the chance to give back something to the community while utilising my skills in creating new organisations and as a bonus giving me an outlet to enhance skills in hands on wood work and metal work.

It also provides a fantastic social environment for improving men’s health in a non traditional way.”

Robert spent many years working in the life insurance industry developing policy administration computer systems. This progressed to developing superannuation administration systems and the required reporting to and from the Australian Taxation Office. With constant changes to regulations over the years, this became a constant challenge to keep up with the requirements.

In later years, Robert moved to a large international hardware, software company where he worked on supporting one of their internal financial administration systems until retiring in 2012.

Throughout this entire time in his spare time, Robert maintained an active interest in woodwork, metalwork and mechanical repairs. Many an engine, gearbox etc. were removed, repaired and successfully replaced over the years. It was only over recent years that that enthusiasm for pulling an engine apart has waned.

For a couple of years prior to retiring, Robert had been preparing a draft “To Do” list which included activities outside the home and more involvement in the local community. On his first visit to the shed Robert found that it appeared to tick all the right boxes so applied to join. It was a good decision as the members are a friendly bunch of guys from a wide range of backgrounds. Social interactions along with the opportunity to acquire a range of new skills or refine old ones add to one’s satisfaction and well-being. 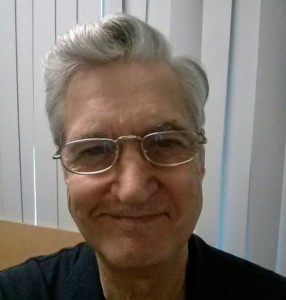 Started working life as an apprentice. Worked for 13 years on aircraft and qualified as a licensed aircraft maintenance engineer able to certify the maintenance of b707s & B747s, engines, airframes and electronics. Moved onto information technology where I have continued ever since. I Like building stuff. I Now have about 40 years experience in producing and maintaining Computer systems. In 2014, served as a member on the advisory council for the (then) NSW Minister for fair trading – Anthony Roberts. Played an active role in bringing changes to the strata schemes management act (2015).

Why the men’s shed:

The principles of the men’s shed appeals to me and I believe there’s a definite need for a place where men can interact in a way that is conducive to the betterment of men’s physical and mental health. Plus it ​keeps me active. 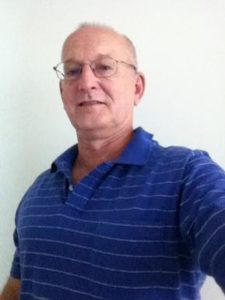 I was apprenticed as a Refrigeration Mechanic in 1972 at Summit Air Conditioning in Girraween then moving to Frigrite in 1974 due to closure of Summit. I had a number of positions and careers when I finished my apprenticeship

I moved into sales working with CompAir (compressed air and hydraulics in the mining industry), then marketing with Lordco (oil and gas industries) and Wesfarmers (Blackwoods – Industrial distribution)

In early 2005 I joined the PCYC (Police Citizens Youth Club) as a Club Manager, running Burwood Club for 11 years and then 3 years at Redfern Club retiring in 2018

I also completed courses in Project Management, Train the Trainer and WH&S. In my role of WH&S I held the chairperson position of PCYC’s WH&S Committee for approx. 10 years.

My other interest is martial arts, having trained over the years in many different styles but always coming back to my main passion of traditional Japanese JuJitsu where I have obtained the grade of 7th Dan (Shichidan) Blackbelt with the Australian JuJitsu Association

The reason I joined the Men’s Shed was because of the friendship and welcome I experienced when I first visited the sheds stand at an open day. I also wanted to be involved in a community group where I could contribute and help others.

Born in 1944 I was a war baby and so avoid the baby boomer label. My schooling was with Marist Brothers at Casino and Lismore.

I spent over 40 years working in the Telecommunications industry starting out at OTC(A) as a technician. I worked on Australia’s first Satellite Earth Station at Carnarvon W.A. which provided satellite connection back to the USA for the NASA station’s communications needs for the Gemini and Apollo Programs. Then did a stint as a technical instructor training technicians in satellite technology and computer controlled telephone exchanges. Then a number of years operating and maintaining OTC’s International Telephone Exchange at Broadway Sydney. Then moved to the start-up national satellite communications provider, Aussat, in various technical/engineering roles. When Aussat became part of the new carrier Optus I moved to technical sales and became a Systems Designer matching business customer needs to Optus telephony and data products.

Since retirement my main interest has been in enjoying grandchildren doing woodwork, landscape painting, photography, some wood carving and travelling in Australia and overseas. My wife and I both enjoy train travel and camping.

Why the Mens Shed

I joined the PDMS in 2014 to pursue woodworking, meet new people and to give something back to society. So far that has been a great success

Retired in 2016 after working in the Telecommunications industry for 42 years.

Started in the mid 70’s as an apprentice at the PTC of NSW, completing a Trade course at Ultimo TAFE, followed by a Certificate in Electronics & Communications at Ultimo and Granville TAFE, in the early 80’s started at the Electricity Commission of NSW now Transgrid.

I started as a maintenance technician, moving up through the ranks over the years to Senior Tech, Supervising Tech to Senior Technical Officer, with a good balance of office and field duties. This job entailed maintaining and building an internal Telecommunications Network for the NSW Electricity Commission. I was lucky to travel all over NSW working with some great people. The most memorable project that I was involved in was a Fibre Optical network that spanned from Texas (NSW-QLD border) to Sydney, Sydney to Albury, Sydney to Orange. Unfortunately once the place got privatised it became all about costs and profit, still a great place to work.

I enjoy cycling around Sydney’s bike paths with other keen riders. It’s a great way to socialise, stay healthy and discover surround areas. With the occasional ride around Central Coast and Illawarra.