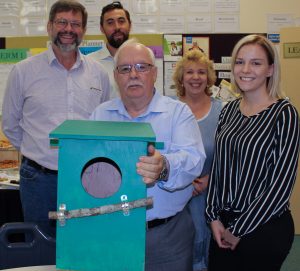 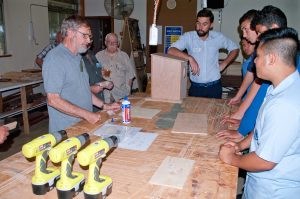 Terry Niperess instructing Boys how to assemble the Possum Box

TWENTY new homes for western Sydney’s injured or displaced brush-tail possums have been built by boys from Parramatta High School with the help from the Parramatta District Men’s Shed.

Boys (from Parramatta High School) were referred by Karabi youth center, teamed up with Parramatta District Men’s shed volunteers over a period of 10 one day sessions to construct the boxes. The boxes will be used by Wildlife Information Rescue and Education Services (WIRES) to re-home brush-tail possums from places like residential home roof cavities. 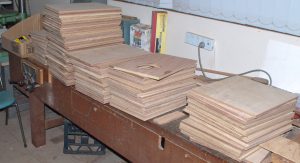 Boxes ready to be assembled 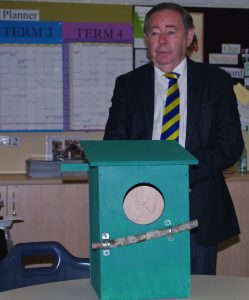 Following the successful construction of the Possum Boxes, a hand-over to WIRES was convened at the Parramatta High School.

The Lord Mayor officiated in presenting the boxes and outlined how a grant from Parramatta city council to Wires was the catalyst for this marvelous community collaboration project.

A thank you speech was also delivered by one of the boys. The speech was a credit to his education at Parramatta High School.

Certificates were then presented to each of the participating boys by Deborah Martin on behalf WIRES.